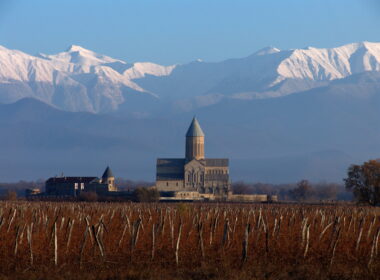 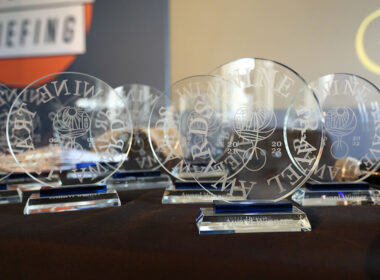 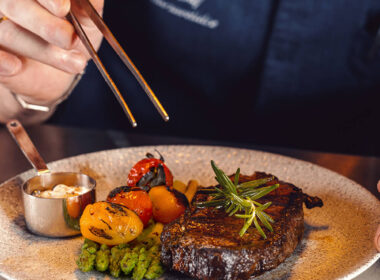 Spain is one of the leading wine-producing countries in the world, with the well-known Tempranillo red grape variety, famous Rioja and Ribera del Duero regions, and a market that offers the greatest wines, now including Georgians. In conversation with us, the Georgian ambassador to the Kingdom of Spain, Ilia Giorgadze, tells us that despite the export numbers of Georgian wine increasing, there is still a lot to do for the locals to know and appreciate Georgian wine with its century-old traditions and unique technology: “The pandemic interfered with so many of our activities and hindered the promotion of wine in many different channels. We are just now finalizing the negotiations we started back then, including several exclusive stores, where Georgian wine will soon appear among the famous wines of the world. The stores were rather interested in forming this relationship and the embassy worked very hard on cultivating it. Today, the stores are ready and it is now up to Georgian producers, who will be importing the wine into Spain.

The Spanish especially appreciate our amber wines,  however, their interest is great towards European style Georgian wines as well.

We are actively working with famous Spanish restaurants. I, personally communicate with their owners. We plan Georgian wine tastings together. I can’t remember a single instance when our wines didn’t receive their praise and positive feedback. As a result of networking at the tastings, the restaurant representatives and producers often form personal relations, which result in Georgian wines being added to the restaurant menus.

Georgian wine is represented in up to 30 restaurants in Madrid, with our support, including Restaurante AADRE, AMAZONICO, TEN CON TEN, ASADOR REAL, LA MONTE, ULTRAMARINO QUINTIN, and EL JEFE TRAVELING FOOD. The latter will offer the possibility to taste Georgian wines with five Georgian dishes to their guests, for three months, starting from March (Vako Vashakashvili, the winner of 2018 “Kitchen Wars” composed the menu).

Our efforts in the Basque Country were also successful: we opened two important doors for Georgian wine – to AKELARE and ARZAK, both of which are 3-Michelin Star restaurants. This is a historic event that will give us the possibility to increase the sales area of Georgian wine in Spain”.

The owner of the restaurant, Elena Arzak, is the daughter of famous Spanish Chef Juan Mari Arzak and the winner of The World’s Best Female Chef. Juan Mari Arzak’s grandparents built the building of the restaurant in 1897, which initially held the wine cellar and the tavern. Elena’s parents turned it into a restaurant in 1967 and began promoting Basque cuisine. Since the ’70s of the last century, the restaurant received many international rewards and recognitions and became a benchmark in national and world cuisine. Arzak has successfully held 3-Michelin stars since 1989.

Elena Arzak says, that adding Georgian wines to their menu is a special event: “Thanks to ambassador Ilia Giorgadze, me, my father, and our sommeliers had the opportunity to taste Georgian wines. All of us think that they are extremely interesting. Some of them are fresh, some of them are deeper, but first and foremost, what is the most important for us, is that they have character! Our guests that have already tried these wines – adore them. Georgia is the cradle of wine, with an 8000-year-old history and for me, this is very special! When you tell people that, they want to taste the wine because it is a mixture between finesse, nature, history, and mystery. And what could be better than that?! Georgian wines are filled with innovation. There is nature and care for the vineyards behind these wines. This is a matter of sustainability that is very important in today’s world. And there is also a lot of love in these bottles and you can see it in the result”.

Ilia Giorgadze: We are thinking of expanding Georgian wine sales in the Basque region. To achieve this, we plan to hold meetings with restaurateurs and sommeliers, as well as distributors soon. This is largely due to their interest in imports. In summer, we are going to meet with distributors in Madrid as well.

The peculiarity of Spain is that wine is available at store prices in restaurants, whereas the price of wine in restaurants in other countries is three or four times higher than in stores.

We realize that the sales of Georgian wine in Spain will not match the ones in North Europe, Scandinavia, or Post-Soviet countries. The local market is saturated with the best wines in the world. Spain itself is a wine-producing country; nevertheless, it doesn’t mean that our wines cannot gain ground here. They can and in the highest price segment. We have many advantages: 8000-year-old tradition, qvevri winemaking on UNESCO’s intangible cultural heritage list, amber wine on the OIV list of special wines, and geographical protection of qvevri.

Georgian wine, with its history, uniqueness, and quality, attracts local customers. Quality is paramount here because without it, gaining ground in a country like Spain is impossible. Spanish customers always seek quality!

There is an increasing interest in Georgian bio wine as well. We managed to invite its producers to Madrid before the pandemic. We held interesting meetings and tastings that were positively received by the Spanish. Bio wine niche is rather small but very important and we can certainly cater to it, and not only in Spain”.

Georgian Embassy in Spain is actively promoting Georgian culture, wine, and gastronomy. Furthermore, the ambassador is an honorary president of the “Georgian EnoTourism Association”. The association implements a joint project with the Caucasus International University, which provides practical exchange courses in the field of wine tourism. Within the framework of the project, Georgian students visit Spain, where they are hosted by partner organizations, including the Madrid Institute of Agriculture and Food Research Development (IMIDRA) and its department of bio-viticulture.

Students that visited Madrid (female winemakers), within the project, had the chance to tour the institute’s laboratories, visit the test areas, learn about the world’s leading varieties that grow in Spain (including Saperavi and Kindzmarauli) along with locals, discussed wine-making processes.

At the end of last year, with the support of the Spanish side, the “Georgian EnoTourism Association” became a member of the “Global Wine Tourism Organization”. The exchange programs will continue with Georgia soon hosting the Spanish students.

Ilia Giorgadze: “We frequently hold meetings with Spanish sommeliers in Madrid, in the center of Rioja, where we introduce them to Georgian wine. The whole thing becomes a sort of competition, between the Rioja wines presented by the center and the wines that we select. Up to 20 neutral judges, who taste and evaluate the wine, attend the meeting. They evaluate its origins and unique characteristics. I think that these meetings are crucial because the more sommeliers know about Georgian wine, the more they can recommend it to different restaurants.

Often we speak about the Georgian endemic grape varieties with Rioja center’s wine professionals. They are astonished by the fact that a small country, like Georgia, has more than 500 endemic varieties. We also frequently discuss blending. The Spanish are always open to experiments, so they welcome any innovative idea we can come up with. Local producers visit Georgia more and more often, which, I think, can result in something very interesting”.

The support of the Georgian Embassy in Spain made it possible for Basque’s La Rioja and Gurjaani to become sister cities, creating exchange tours for winemakers, and enabling them to exchange experiences, for Georgian winemakers to learn about the Spanish technologies of making wine and vice versa. Furthermore, the construction of the Basque culinary center in Gurjaani, where the youth of Georgian will have the possibility to take culinary courses and learn about Spanish cuisine,  will soon be complete (the project is supported by the local government, and the “Caucasus University”).

Q: Mr. Giorgadze, you say that Georgian chacha and brandy get very positive feedback in Spain.

A: Yes, I even joke that if I was a producer, I would pay special attention to chacha and brandy. Both of them have a great potential of becoming popular products on the European market and withstand competition.

The embassy’s plans for 2022 include the presentation of Georgian wine and cuisine at the Gastronomica festival. Mr. Giorgadze also tells us that the Spanish especially love our Khachapuri, both Imeretian and Adjarian. Phkhali, and the two main dishes of Megrelian cuisine – Kupati and Elarji, are also very popular.

This year’s novelty, however, is the Georgian restaurant “Nunuka” that is soon to open in the central part of Madrid. It will offer weekly masterclasses in Georgian cuisine and hold Georgian wine tastings that will be attended by special guests from the Spanish government, diplomatic corps, and media. “I think the presentations will begin with chacha and qvevri amber and red wines, as the dishes prepare. These events are very much anticipated. All of our special guests will have Georgian aprons and take part in preparing the dishes. I am very glad that we are the first among Georgian embassies to realize this kind of a project”.

Despite the difficulties of the pandemy and Russia’s war in Ukraine, the first 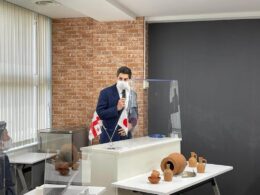 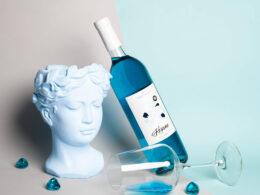 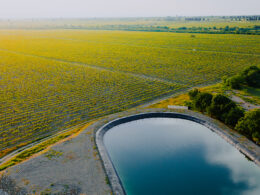 GWS –  strategy underpinned by the principles of authenticity, quality and innovation.